Filling out my NCAA basketball bracket the other day, I was reminded why I love March Madness so much. When I was a child, instead of doing brackets, my family would pick teams out of a hat, and that would be “your team” throughout the tournament. I would put my hand in the hat, pull out a small, folded piece of paper, and then read the name of the school. “Is Louisville a good team?” I’d ask. My brothers would sigh and roll their eyes, because yes, Louisville was always a good team back then.

This time of year, we have students and parents ask us this same type of question as we start building college lists with clients. “Is such and such a good college?” The answer remains the same: Yes, that is a good college. All colleges are “good” colleges. It’s just a matter of whether it is a “good” college for YOU.

Looking through the names of schools in the Men’s and Women’s NCAA tournaments, you see colleges from all over the country and all different types of schools. Schools like Belmont, UNC, Oregon, Marist, Northwestern, and Mount St. Mary’s. That’s what I love about the tournament! March Madness isn’t just about the Power Five conference or the prestigious Ivy League. It’s an athletic national championship that truly represents schools from all over the country. Some of these schools are perennial favorites, always seemingly making it to the Final Four. But other schools are just happy to “make it to the dance” and see if they can become this year’s Cinderella Story.

This is how we’d like our students to think about building their college lists. Now is the time to consider all options and explore schools with different cultures. Look beyond the brochure and investigate the academic programs these schools offer as well as the other experiences that will make your four years extraordinary. We encourage students to look at all types of schools–not just the ones that will make it to the Final Four and seem to be on everyone else’s list… Don’t be afraid to dig deeper and investigate that “#16 seed” school, because it just may turn out to be the school that becomes your own true Cinderella Story. 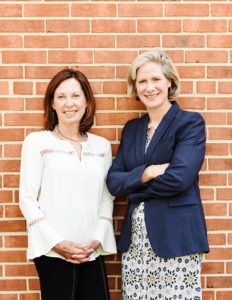 MEET OUR TEAM Learning is not attained by chance, it must be sought for with ardor and attended to with diligence. - Abigail Adams KEEPING OUR STANDARDS HIGH At Rossbach & O'Connor, we have … END_OF_DOCUMENT_TOKEN_TO_BE_REPLACED

We bring calmness and clarity to the college admissions process by supporting students on their journey of self-discovery while staying true to their values.

The new rate for federal direct Stafford student loans is up 1% to 3.74%. https://www.cnbc.com/2021/05/13/interest-rates-on-federal-student-loans-will-rise-by-nearly-1percent.html

FIND US ON SOCIAL MEDIA